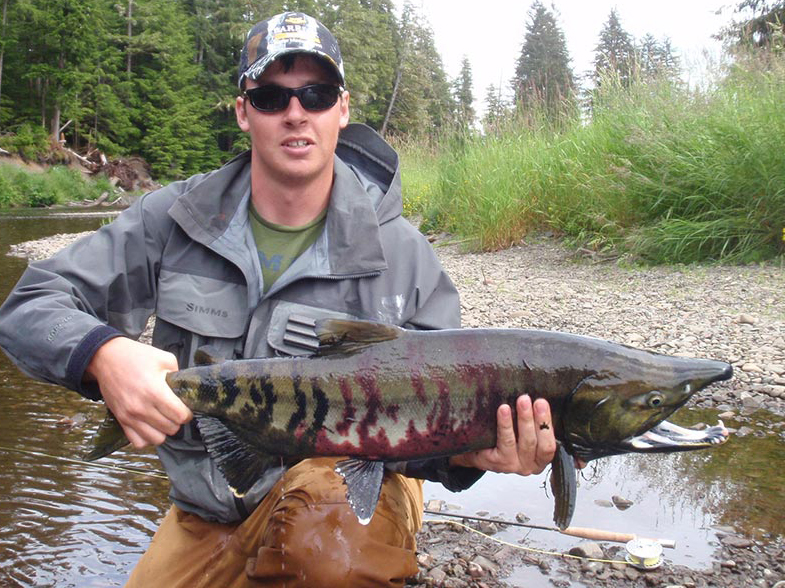 Salmon are natives of the northern hemisphere. The species of Salmon we have here in New Zealand is called Quinnat, which is this pacific salmon’s native American name. Salmon live most of their life out at sea. They enter streams and rivers to lay their eggs before dying. The salmon run in New Zealand may start as early as November and continue untill as late as april. However, the best months are december, January and February. Canterbury is the main area for salmon fishing, with the Rakaia and Waimakariri being the main rivers holding the largest populations. Some other South Island rivers have started to be colonised by these salmon as well but obviously contain much smaller numbers.

Places to Fish
As far as salmon fishing goes it is more crowded the closer you are to the ocean. However, the fish are in better condition in the ocean and are also more likely to take a lure then they are in the rivers. (Salmon fishing: five of the best destinations)

Fishing the river mouths is very popular, and often you will have to be up early to get a spot. Like alot of fishing early morning and late evening are the best times to fish., also the incoming tide seems to be more productive than the outgoing. As far as lures go the shinier the better, also the ability to cast a great distance as to cover more ground is important. The river mouths that are most popular include the Rakaia, Hurunui, Rangitata, Opihi, and Waitaki.

River fishing is another option. When the salmon take to the rivers they tend to cease feeding. However, they can still instictively take a lure. Repitition is the key, try to pass the lure DIRECTLY in front of the fish over and over again to provoke the fish into striking. Salmon also tend to spread out when in the rivers and a large proportion of your time will be spent trying to find them. Salmon prefer deep slow moving water, so deep pools and the like are a good place to look. Because they tend to be deep ensure you fish your lure deep, along the river bed.

Dunedin Harbour is another place to fish. This harbour is stocked artificially with annual smolt releases. The salmon here tend to head into the harbour in summer. Trolling is a popular way to fish for them, however any lure fishing can catch them. Popular lures include toby’s and silver spoons.